The important mission of the Food and Drug Administration (FDA)

The failure of the FDA and other drug regulatory bodies such as the MHRA have been discussed elsewhere. The quiet collusion with research misconduct in biomedicine has become increasingly apparent (1, 2, 3, 4, 5).

While medicine is seeing scandals and deaths resulting from misrepresentation of science involving Vioxx and SSRI antidepressants, the FDA has more pressing concerns. 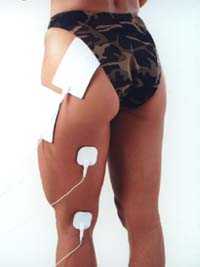 "Dr. Ho's Double Massage" and "Dr. Ho's Muscle Massage," are in violation of a series of Food and Drug Administration (FDA) statues. The case is being investigated by the FDA.

"Protecting the public against products illegally marketed without FDA approval is an important part of the mission of our agency" stated FDA Acting Commissioner von Eschenbach. "The unapproved claims on products such as these often lead patients to forego proven therapies, which can cause serious health consequences."

The last paragraph of your blog—the recitation of the FDA’s mission statement—is, IMO, the epitome of hypocrisy. Yes—they should function to protect the public; but they should do so even-handedly, not picking and choosing which culprits to prosecute or not prosecute, excusing those with the money or political clout to hinder their mission. In his book, Too Profitable to Cure, Brent Hoadley, Ph.D., has a wealth of information about the questionable behavior of our FDA. I offer the following paragraphs from his book (reprinted with permission).

Most Americans, including many doctors, believe when a drug hits the marketplace with the FDA’s seal of approval, the product meets a standard of safety and effectiveness. FDA approval actually means that, based on the research results presented to it by the pharmaceutical—results presented in a manner most favorable to the corporation—the drug is considered safe and of more value than a placebo. When the manner of presentation is biased, and when unfavorable results are either hidden or unreported, the credibility of FDA approval is suspect.

The FDA scientists who evaluate applications are handicapped. They must use the data submitted by the company seeking approval. While they can ask for additional information, or even require further trials, they cannot independently verify the data—the FDA is not empowered to conduct its own trials or tests. FDA officials rely on the corporation seeking approval to submit valid, truthful, pertinent and complete data.

The recent Enron and WorldCom debacles have shown corporations’ willingness to manipulate information in the quest for profits. The information manipulated by pharmaceuticals, however, can be of a life-and-death nature. Nevertheless, the vast number of personal injury lawsuits filed against pharmaceuticals serves as an indicator of just how truthful and forthright pharmaceuticals are in their dealings with the FDA.

When you consider that employees from industry and government are, over time, intermingled, the likelihood of unbiased evaluation is lessened. Throw in some undisclosed perks for low-paid government employees; stir in some Congressional meddling or arm-twisting for favored lobbyists; add a good measure of risk assessment whereby collateral damage (personal injury or death) can be offset by corporate profitability; flavor with smidges of greed, apathy and egotism, and voilà! The poisonous concoction is complete . . . and ready to be served to gullible consumers who believe our government cares.

The government has gone to great lengths to insert a barrier between regulatory agencies and those whom its actions (or inactions) harm. When a drug has received FDA approval, and subsequently is determined to be dangerous, the FDA can withdraw it from the market. The manufacturer might ultimately face lawsuits. But the individual or individuals who evaluated and approved the drug, and the ranking official who signed on behalf of the FDA are exempt from prosecution. If individual reputations and livelihoods were at risk, FDA officials might look more intently and honestly at the approval process, and might be more willing to blow the whistle on those who do otherwise. Why doesn’t the FDA scientist ever look at the patent process?

Have They Switched Side?


The Food and Drug Administration originated in its primitive form at the time several decades ago to ensure the health and safety of the citizens of the United States. However, their focus seems to have changed, as they appear to have formed a pathological alliance with the pharmaceutical industry through the money the industry gives the FDA for various reasons, yet so large amounts of funds are issued to the FDA by the industry that it has resulted in possibly half of the FDA’s annual income. Results of this relationship, one could posit, have been the approval of unsafe drugs and lack of regulation and monitoring of the pharmaceutical industry that the FDA is obligated to perform, and have failed to do so as much as they should for our benefit.
And the intimacy between the two organizations seems to continue to progress, as illustrated with the new proposal by the FDA to allow the pharmaceutical industry reps to discuss their products with prescribers off-label, which means that the FDA may allow and accept the industry possibly creating harm to patients with this proposal due to uncertainty associated with unapproved uses of a drug promoted in this way.
A prescriber, upon their own discretion, can in fact prescribe a drug off-label, but historically, however, representatives from the pharmaceutical industry have been prohibited from suggesting this type of activity. In fact, it is a federal offense for such reps to speak off-label about the drugs they promote, and some have been penalized for this behavior in the past in the form of monetary settlements with the Department of Justice.

This FDA protocol that is being considered, called, “Good Reprint Practices”, would require reps to use what does not truly exist, which is truthful and authentic clinical trials when they do speak off-label to prescribers. This in itself lacks etiology for such discussions by reps, as most clinical trials are flawed due to the trials being possibly manufactured by the pharmaceutical companies of the meds involved in such trials. Additional trial deception involves ghostwriting and invalid authors of such trials. These facts can be validated and have been discovered by others.

Furthermore, this proposal is flawed in that most pharmaceutical reps lack clinical training and the ability to analyze data regarding this issue accurately is unlikely, for the most part, I surmise. This complicates the idea of this off-label concept due to the ignorance of the reps of the complexities of these once reliable and dependable methods of proof. In addition, the relaxation of previous restrictions regarding off-label promotion could prove to be a catalyst for reps to manipulate statements to prescribers for their own benefit in regards to their promoted meds. So, our previous safety association, the FDA, appears to be evolving into our harmful association by suggesting such practices with deliberate intent and reckless disregard for public health, so it seems. It’s unbelievable this proposal ever came into existence, with the delusional fallacy that it would be of benefit to patient health, most likely. Furthermore, this may complicate existing patient medication errors, such as in the elderly or dosing for children, complicated by the fact that many are unable to understand label instructions on their med. So there are enough problems with prescribing, and adding this FDA proposal would just make the situation worse.

However, there is freedom of speech. Perhaps another alternative would be to have clinically trained people discuss such issues with prescribers, instead of the reps, who, unlike those academically enriched, have the objective of increasing the market share of their promoted meds. Regardless, awareness needs to happen by the citizens involving tactics that are possibly deceptive such as this and many more activities by the pharmaceutical industry that are overall covert and tacit. As citizens, we have the right to insist of the pharmaceutical company to maintain focus on the interest of others besides themselves.

“As far as we can discern, the sole purpose of existence is to kindle a light in the darkness of being.”
---- Carl Jung