Hazards of preemption - Did Johnson and Johnson fudge data for Evra patch? 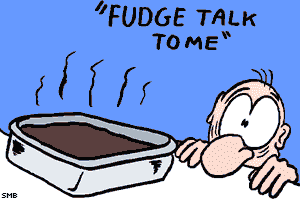 "Johnson & Johnson hid or altered data on the health risks of its Ortho Evra birth-control patch and flaws in the manufacturing of the device, lawyers for women suing the company claim in court papers."

"Through a sleight of hand, and altering of numbers,'' Abrams ``presented a truly misleading picture of the amount of estrogen delivered by the patch," the filing said.

"The FDA warned in November 2005 that the patch may cause clots and expose women to 60 percent more estrogen than oral contraceptives. In February 2006, another study found a twofold increase in the risk of clots compared with use of the pill."

"The company also couldn't replicate in its commercial patch the results obtained in clinical trials, it said. The levels of estrogen also varied from batch to batch, it said. The company hid those problems from the FDA, it said."

Also of interest in the article is the reference to "preemption" rules. This is part of the attempt in the US to create a legal landscape in which it would be impossible for a consumer to sue if a drug is FDA approved. For companies that claim to be "science-based" and to believe in the "free market", this is a complete inversion of both. Such protection for commercial entities would seemingly still apply in the usual scenario where the FDA approves on the basis of misleading, fraudulent or missing data. It would also apparently apply if the scientific literature is distorted through company interference, and if that leads to mis-prescribing. Preemption subverts the free market, throws science out of the window, and places all the responsibility for prescribing in the hands of an unaccountable big-brother government agency. How convenient. No one is then responsible for the consequences of scientific misconduct or hidden science. The company would claim that they couldn't possibly be held responsible because the FDA dictated what they had to tell doctors. The prescribing doctor could not be held responsible (so long as they do what the FDA tells them to do) because they are not permitted to do or see anything else, and the data is not available to the scientific community.

Preemption is also based on a deliberate misunderstanding of medicine. Prescribers don't prescribe a random drug as a reflex simply because a patient has a "disease" and because a drug is "approved" for that "disease". If only the algorithm were so simple. There is a complex decision making process involved in any act of prescribing, and that process depends on the availability of honest information. If that information is not honest and not complete, then the process cannot work. The FDA cannot pre-empt that decision process, unless they provide guidance for every possible complex clinical scenario, and indeed dictate which drug to prescribe.

This is the law dictating to our profession that science, logic and honesty should not be permitted to operate in medicine.

Plaintiffs responded to a company motion to dismiss the cases that argued that FDA approval of the device and its label supersedes, or preempts, the ability of patients to seek damages under state laws.

Hat tip Pharmagossip
See also Drug Makers Near an Old Goal: A Legal Shield (NYT April 6, 2008)
and a series of great posts on the legal problem of Preemption at Drug Injury Watch

You know I am getting damn sick and tired of this BS data placing people in danger of DYING! It's out of control, all of it.

I wonder what data was fudged for the ADHD patch on the market for kids? and it makes me wonder what will happen when the Li patch comes out --that Nemeroff holds patent ownership of--and a lot of pharma$$bling attached there[to him].


It sure is quite apparent that human life and endangerment comes in last place and pushing products comes first at the expense of scientfic integrity and human life.

I did a post on my blog, Drug Injury Watch, about this federal preemption issue that was picked up by Reuters. You can see a PDF copy of that article by using this link:

For those of you who want to learn more about federal preemption in the context of medical devices and prescription drugs, as well as participate in an opinion poll on the issue, visit:

This is a very important issue for consumers and patients that is not getting nearly as much attention as it should. Help spread the word....

The Food and Drug Administration approves, for purposes of this article, pharmaceuticals and medical devices for use by American Citizens, theoretically, due to their flawless expertise and excellent judgment regarding the safety and quality of such items, as determined by this Department of Health and Human Services division. Considering the progressive acknowledgement of potentially deadly elements of such approved meds and devices, more are getting removed from the market or are receiving very strict limitations on their use. These two previous sentences appear to be a contradiction, or one lacks fact and honesty or reality.
The drug companies, for example, presumably in a rush to get their new med to market because of its patent life, has for close to 20 years paid the FDA to speed up the approval process with so much money that the pharma industry now provides nearly half of the FDA’s budget. In the business world, I believe that is called a client. So clearly fallacies exist with the FDA’s approval process, as noted with the damage that has been done by the products it has approved to human health. Unfortunately, there is a standard, legal, and judicial doctrine called Pre-emption that protects the makers of damaging products and exonerates them from liability from the damage they caused.
Here’s why: Pre-emption means that federal law is and will always be supreme over state law due to the U.S. constitution and its supremacy clause, yet the FDA lacks such a clause. So what does this have to do with pharma companies being charged by the victims for the liability from those harmed? The FDA is a Federal Administration. Since the FDA are flawless experts, they are not to blame for the damage of products they approve, nor or the makers of the products, because the FDA approved them. And Federal Law along with the Supreme Court and the Bush Administration agree that the drug makers should not be liable. I smell cronyism.
The FDA has itself admitted it cannot do what it is required to do because of lack of resources, they say, which is to manage, supervise, and regulate with thorough and complete oversight the pharma and med. device companies. Therefore, they depend on the saints of the pharma industry to disclose their product flaws. If this was done, then drugs would be entirely safe, yet they are not. Certainly, patients and doctors cannot be completely aware of risks, as they can be and are uninformed completely of the knowledge and information of the drugs available.
However, patients do head to court, rightfully so, for relief from their suffering from such flawed products. A plus to this activity is that it becomes a catalyst for discovery and disclosure of the collusive ones, which are the pharma industry and the FDA.
On a more positive note, a recent pre-emption case involving Medtronic came to light which displeased the U.S. citizens thanks to a media free of fear, apparently, so congress has pledged to pass a bill reversing the removal of patient rights regarding such situations, which were both announced earlier this year, so the harmed ones can respond without the restrictions of their government.
Our Health Care System is too important to accept wrongdoing and allow corruption regardless of the amount or severity. Awareness and action by U.S. citizens in time, I hope will not allow such things to occur in the future. Because presently, it appears apathy is our greatest weakness for such evil to exist.
“Justice shines by its own light.” --- Cicero
Dan Abshear