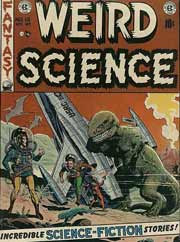 From The Scientist comes news of a fake bone journal produced by Elsevier for Merck. "The Australasian Journal of Bone and Joint Medicine" was a bit of fakery which gave the appearance of a proper scientific journal (like the "proper" bone journal, the Journal of Bone and Mineral Research which is reputedly entirely uninfluenced by industry manipulation). Merck apparently paid an undisclosed sum in exchange for the fakery. Sample scans of complete issues are here and here.

Merck paid an undisclosed sum to Elsevier to produce several volumes of a publication that had the look of a peer-reviewed medical journal, but contained only reprinted or summarized articles--most of which presented data favorable to Merck products--that appeared to act solely as marketing tools with no disclosure of company sponsorship.
[snip]
The Australasian Journal of Bone and Joint Medicine, which was published by Exerpta Medica, a division of scientific publishing juggernaut Elsevier. The issues contained little in the way of advertisements apart from ads for Fosamax, a Merck drug for osteoporosis, and Vioxx.
[snip]
It came to light in the context of a civil suit filed by Graeme Peterson, who suffered a heart attack in 2003 while on Vioxx, against Merck and its Australian subsidiary, Merck, Sharp & Dohme Australia (MSDA).

In testimony provided at the trial last week, which was obtained by The Scientist, George Jelinek, an Australian physician and long-time member of the World Association of Medical Editors, reviewed four issues of the journal that were published from 2003-2004. An "average reader" (presumably a doctor) could easily mistake the publication for a "genuine" peer reviewed medical journal, he said in his testimony. "Only close inspection of the journals, along with knowledge of medical journals and publishing conventions, enabled me to determine that the Journal was not, in fact, a peer reviewed medical journal, but instead a marketing publication for MSD[A]."
[snip]
A spokesperson for Elsevier, however, told The Scientist, "I wish there was greater disclosure that it was a sponsored journal." Disclosure of Merck's funding of the journal was not mentioned anywhere in the copies of issues obtained by The Scientist.

Elsevier acknowledged that Merck had sponsored the publication, but did not disclose the amount the drug company paid.
[snip]
The spokesperson added that Elsevier had no plans to look further into the matter.

One of the members of Australasian Journal of Bone and Joint Medicine's "Honorary Editorial Board," Peter Brooks, a rheumatologist in Australia, said he didn't recall who asked him to serve on the board, but noted that he was on Merck's Asian Pacific and international advisory boards from the mid 1990s until about 2004, as well as the advisory boards of other pharmaceutical companies, including Pfizer and Amgen. "You get involved in a whole bunch of things at this level," Brooks said, adding that he had put his name on "a few advertorials" for pharmaceutical companies about 10 years ago.
[truncated]

Good to see you back Aubrey

Great. I was busting my butt at WP, in a department right next door to bone metabolism, to get them (and all MRL scientists) better access to research informatics tools that were being rationed by, of all people, IT. In doing so I ran afoul of the leaders of research IT, probably contributing to my 11/2003 layoff.

Now I find that the company was perhaps using the resources I fought for in writing glossy PR faux-journals?

Might you provide a proper citation to the storey?

On 2009-05-07, Elsevier issued a press release about the matter, saying "This was an unacceptable practice, and we regret that it took place".

Elsevier … said it had failed to meet its own standards for “accuracy and transparency” in producing a publication sponsored by Merck, the US pharmaceutical group, but presented as an independent academic journal.

… the Australasian Journal of Bone and Joint Medicine [was] produced in several issues between 2003 and 2005….

Elsevier … said its local management had become aware of a problem after 2005 with a series of publications including this one. The employees responsible had since left the company.

Wonderful to have you back!

It was rather interesting for me to read the blog. Thanx for it. I like such topics and everything that is connected to them. I would like to read a bit more on that blog soon.