Sisyphus is a hero of Greek mythology (1), condemned to roll a large rock up a hill. Upon reaching the top the rock rolls back, and the task has to be repeated - endlessly. The story appears to be one of eternal and pointless labor.

One reader suggests that raising issues of pharmaceutical research misconduct is a pointless Sisyphean task (2) - that this whole field of science is already kaput. It sometimes feels that way (3,4). But the story of Sisyphus is not one of unending misery. Despite the best efforts of the gods, they cannot beat him (1). 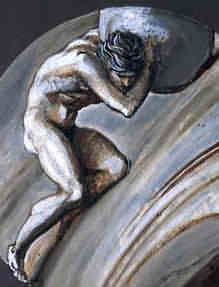 But we are attacking the wrong beast.

The beast is not the industry - it is ourselves.

Pharmaceutical companies sell products under the banner of science. But their raison d'être is to make money. Industry has to balance genuine hypothesis testing and transparency against commercial interests and the financial consequences of dishonesty. This is not in itself a criticism - it is a simple fact.

We, as doctors, have created the atmosphere which has allowed lethal system malfunction. We have allowed industry to subvert the rules of science and the free-market. We have watched quietly as governments and academics have colluded with industry to hide information critical to our patients. We have remained silent as our medical schools churn out graduates who have no knowledge of the dilemmas and scandals of medicine. We have allowed our medical journals to become corrupted and timid. We have remained silent as our General Medical Councils have taken action against brave doctors for raising questions of integrity (10). We have said nothing while these old-boys' clubs have selectively ignored serious concerns brought to their attention (10) - apparently based on the status and race of those criticised (10,11). We have failed to support our colleagues who have raised concerns. We have said nothing.

I have been waiting very patiently. It is now seven months since Procter and Gamble provided previously suppressed data underlying three intended "ghosted" publications to myself, to the University of Sheffield and to other authors in whose names "science" was ghostwritten (12). The discordance between the data and the ghosted interpretations of that data (in our names) will have been obvious even to the most incompetent of statisticians. The unethical nature of the scientific process will also have been obvious to any observer.

Yet the first of these papers that was published in the names of others (J. Bone. Miner. Res. 2003; 18:1051-6) has not yet been retracted. There has been no comment about the attempts by a senior academic to force a colleague to sign journal declarations in the absence of data - even more important given the status of that senior academic as guardian of research governance within a prestigious medical school. There has been no comment about the ethics of denial of access to data, and about the signing of incorrect declarations to journals about access to such data.

The University of Sheffield has admitted that legal threats were made by Procter and Gamble about return of data that the company "owned" and which had been "obtained without their consent", but have otherwise not commented upon the principles involved

The obvious (and comparatively painless) step of declaring a wrong, and of correcting it, has not yet taken place. There has been no comment at all from those who should comment.

I have waited quietly as the various bodies to whom the matter was referred have done nothing of any relevance.

Once in a while Sisyphus shrugs (13).

You know life can be long
And you got to be so strong
And the world is so tough
Sometimes I feel I've had enough
Earlier|Later|Main Page
Posted by Aubrey Blumsohn at 11/09/2006 01:12:00 AM

Email ThisBlogThis!Share to TwitterShare to FacebookShare to Pinterest
Labels: Procter and Gamble, Threats

Your John Lennon quote reminded me of another:

"And you who live on promises and prosper as you please,the victim of your riches often dies of your disease."

The saga with P & G continues to drag on. It is both amazing and disgusting. I agree to an extent when you point out that the problem is "ourselves" -- after all, big pharma and device manufacturers would have a hell of a time pushing through poorly designed and/or fraudulent research without the active collaboration of many "respected" academics. In my field (psychology/psychiatry), we've got plenty of people who appear to fall into the Eastell category of industry prop.

Our job, as bloggers in this area, is to shine the light as brightly as possible on these research shenanigans, and I can think of few who do it as well as Dr. Blumsohn. Keep up the fight and we (myself, Health Care Renewal, PharmaGossip et al. -- if I may be so bold to speak for all of them) will attempt to spread the word. But it will take more than the words of a few outraged individuals -- reform will require many people to speak out, to medical journal editors, to so-called regulatory agencies, and to their fellow academics and medical professionals. The culture of graft and putting profit over patient outcomes will only worsen without a great number of people willing to take a stand.

How to take a stand? I'm sure there are many ways. Here are a few:
1) Refuse all drug-related promotional material. Buy your own wall clock, pens, mouse pads, and notepads.
2) One is under no obligation to see drug reps -- you can show them the door. How will I learn about the latest and greatest, you ask? Access the original research yourself.
3) If conducting research, refuse to sign a nondisclosure agreement; better yet, start a groundswell among your colleagues and get your entire department to endorse a policy that no department member will sign an agreement that limits his/her access to data and right to publish that data. After all, researchers are supposed to be a tool of science, not a tool of industry!
4) Lobby for medical schools to train all aspiring physicians in research methods and statistics. The current level of required training is minimal at best. Without understanding research, how can physicians decipher the medical literature??? How can they decide on appropriate treatments? How can they detect a fair comparison between medicines and a trial that was set up to favor one product over another?

These are but a few of many potential ideas that could be helpful in reforming the system.

For whom exacttly does the General Medical Council speak?

They are not speaking for the government now, and definitely not speaking on behalf of most doctors or patients. It is doubtful whether the GMC should have any role in dealing with matters of integrity given their terrible track record.

A private club for senior white old-boys as you suggest.

Every time I get superfluous paperwork from the GMC in the post (on super glossy expensive paper of course) I vomit a little in my mouth.

I cannot better any of the above comments.

Saddened medic.aka Sisiphus
(Yes, I am aware of correct spelling of Sisyphus)

As a literature major I was drawn to Sisyphus. However, I admire your concrete actions for the greater good. I will read more of your posts so that I can understand better the issues that are raised. Godspeed!