Larry Games, Vice President at Procter and Gamble Pharmaceuticals has replied. For previous correspondence and the letter to which he is replying see Let's take the high road Dr Games and Letter to Dr Games. For an executive summary of the background see AAAS Professional Ethics Report or Slate or Press reports or the rest of this blog. 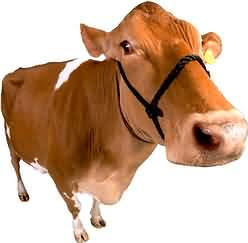 These issues go to the heart of science and the responsibility of scientific authors. His reply and my reply to his reply are below. Dr Games has promised to write back again to explain what Procter and Gamble mean by "access to data" given repeated refusal to provide it to authors (see some part of that here). One approach might be to redefine the meaning of either the word "access" or "data" to fit with statements made to journals. We await his further reply with interest.

In this case the data was randomization codes. Access to data means that you have those codes. Its as simple as that. And we are talking here about access to data by authors not random other interested scientists. Access does not mean that someone else has told you as author what those codes might mean. In the words of one blogger its like being offered a hamburger when what you need is the original cow. PloS medicine blog has a useful interchange on access to data. Readers may wish to comment here as to what "access to data" means to an authoring scientist.

The relationship between the hamburger purporting to represent data (P&G's graphs and statistical analysis in one paper, two draft papers, and at least 5 meeting abstracts) and the actual cow (when data was finally revealed to authors in 2006) is interesting.

Dr Games's further definition of access to data is awaited. He might also explain again why he thinks anyone will be satisfied by this ongoing hamburger when journal editors and all other investigators out there who have expressed interest are still not allowed to see that cow (apart from me and a few other statisticians of course who have seen that beast). Of course its that proprietary right to represent that proprietary data in whatever half cocked manner one likes, and then to use the academic authors who generated it to front it for you. Never mind that this involves a critical aspect of science involving a licensed drug and the original studies used to gain approval for that drug.

Thank you for your letter of November 23, 2006. The following responds to your questions in that letter. In reference to your December 15 note attached below, you can send the abstracts and statistical reports to me.

You have asked that we permit you to share with third parties the data that we recently provided to you (and to which you were provided access prior to your presentation of the research at scientific meetings in 2003). As noted in my previous letter to you, this proprietary data was provided to you in good faith to allow you to repeat your original research, and should not be shared with third parties without our consent. However, as I indicated earlier we would be willing to discuss the need with the organization to whom you are submitting the abstracts. If you forward any request for the data to me, I can ensure legitimate needs are met while protecting our proprietary rights. I would of course copy you on that transmittal, so that you could verify that the correct data was provided.

Since you were not involved in the research related to the article that appeared in the Journal of Bone and Mineral Research in 2003, it would not be appropriate to provide you with the data used in that publication. Some of that data (e.g., CTx data) was not part of your research with us. However, we have in response to your allegations provided that data to the academic authors of that article, to allow them to respond appropriately. It is our understanding that the original authors are working with the JBMR and would presumably publish their findings. If you have questions about that article I suggest that you contact them or the editors of the JBMR.

Thank you for your response (below).


Some of Professor Eastell's correspondence about the denial of data is attached to provide some reality-check for those copied in here. [Attachment here]

Kindly define the meaning of the word "access" so that we can be certain we are speaking the same language. If you mean access to data in the usual scientific (and linguistic) sense, and in the sense conveyed by Journal declarations, please share with me how this accords with the following examples:


Of course we all know I did see some tabulated and graphical summaries of data produced in a meeting with Ian Barton in 2003 (and produced three simplistic graphs myself under scrutiny during that meeting) --but those analyses raised substantial questions, several of which were admitted by Ian Barton. None of these questions were amenable to being addressed (until your provision of data in April this year).

This does not in any way constitute access to data.

Nor was it possible to publish the corrected findings (until your provision of data this year). Instead there was an attempt to hide the worrying findings by altering the mode of analysis and the study hypothesis to look at t-scores!

In summary I have three specific questions

A) Please explain what you mean by "access" to data in the light of these correspondences and P&G's Bill of Rights of February 2006?

B) Please explain why P&G felt it appropriate to issue legal threats to return data as conveyed by the University of Sheffield to me and my BMA representative in March 2006?

C) You reiterate that the data "should not be shared with third parties without our consent". Please respond to my request for such consent.

That high-road is still there Dr Games.

Good, another round of 'Call My Bluff' :)

The term "access to data" is a phrase used primarily in the field of science to confuse anyone who needs access to data, and means

...please where can I buy a unicorn?