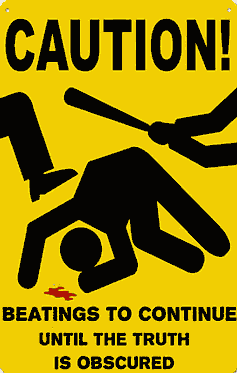 Matthew Holford has been discussing the rather interesting case of Professor Martin Keller at Brown University. See
Part I
Part II
Part III.

I'm interested in the University culture within which this saga developed. I am particularly interested because the Keller affair is connected with two other cases I am investigating:

a) The Gillberg affair (to follow)
b) The case of David Kern, effectively fired from Brown 10 years ago for attempting to publish scientific information about a new lung disease in local factory employees.

I have been doing a little of my own digging into the Keller affair. In the process I came across two newspaper articles hidden in the depths of the archives of the Boston Globe.

For the moment I will simply summarize the two newsarticles without comment. I am not even sure whether comment is required.

The article notes: In 1994, Keller was investigated by the Rhode Island Attorney General and the Police for "padding his travel expenses." The financial crimes unit of the Police said that the case was dropped after the University requested that it be handled internally. The University spokesman (Mark Nickel) denied that "the university interceded to halt the investigation. Keller first denied the allegations, saying there was "absolutely no truth" to them. Later he acknowledged the audit, but said it found that Brown owed him money. In fact the audit found overbilling that "amounted to several thousand dollars." Keller eventually repaid the University $918.

But then a few months later the following appeared

The article notes: Multiple Brown employees who expressed concern about Keller's travel finances and other problems in the Psychiatry Department said they had been abused by Keller and other Brown administrators as a result. Diane Hanks, a former technical writer at Brown alerted Brown officials to problems in Keller's travel budget. Hanks wrote to Brown University President Vartan Gregorian, "It has been evident to me since March 1993 that I would never be allowed to advance my career within the university. How odd that the university chose to punish me, and so many others, rather than to deal with Dr. Keller." Former executive secretary, Patty Kostka, said that staff members who were funded by federal research grants "were actually doing research for drug companies, such as Upjohn." and "It really shocked me to see federal grant money used for drug companies. But when I questioned it, they took away my duties and assigned them to someone else." Donna Howard, a former assistant administrator said "the deans were all aware of what was going on in Keller's department, and they were certainly aware of problems with the Corrigan contract. But they chose not to do anything about it. I guess they considered myself, Diane, and other employees more expendable than Marty Keller."

One year later Professor David Kern's research was destroyed by Brown University when he attempted to tell the truth about a disease.

"Following the path of least resistance is what makes rivers and men crooked."
--Unknown

I´m very interested in your views on the Gillberg affair, hope you will ost something on it soon!

for the first time blogged marty keller and discovered this wealth of information about my former employer. i was only a short term (under a year) employee in the early 1990's but saw and was aware of the misconduct re travel, excessive consulting for drug companies as well as likelihood of bias in the research results in favor of the interests of the drug companies. i left before the employees were punished for trying to do the right thing. but a movement to get this out was beginning even then. very interesting.