The case of Prism: Open science and hypocritical publishers 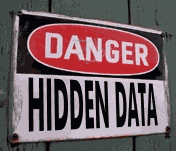 I was amused to see a report this week on copyright violations by the organization Prism which promotes secrecy on behalf of scientific journals. Secret science which is not open to scrutiny is not science at all.

When Procter and Gamble mumble about findings based on hidden raw data, prohibit a study investigator from making those raw data available to others for scrutiny, prohibit provision of data to a journal, and disallow open examination of the "copyright" company "analysis" of those raw data --- that isn't science.

Medical Journals bear much of the responsibility for allowing this sort of corruption of scientific norms. Many Journals collude with corrupted science and the hiding of data, but also oppose policies that make scientific reports (based on those "copyright" raw data) accessible.

I was therefore amused to see the report on copyright violations by Prism which promotes secrecy on behalf of journals. Prism describes itself as an organization to "protect the quality of scientific research", by opposing policies "that threaten to introduce undue government intervention in science and scholarly publishing." An example of a policy they oppose is this one from the NIH which recommends that NIH-funded research results be made freely available to the public.

Prism has now been extensively criticised for stealing proprietary images and placing those images on its website. In the words of one commentator:
"Clearly PRISM was too cheap, or in too much of a hurry, to bother with copyright ... however, they're happy to make it expensive and inconvenient for taxpayers to access the research they've paid for."

The argument from industry groups such as PRISM that open access will result in a deterioration of the scholarly publishing system, and peer review is their weakest argument.

If that system was working to fight for science it might be an argument.

There has been too little emphasis on only a part of the commercial aspect of their motives. The vested commercial interests of publishers themselves is probably not a big part. The vested interests of other commercial intererests publishing within their pages is more important. These other interests know that a "bought" publication system will allow them to slip science through the net, and will help to subvert criticism (by threatening loss of advertising). I wouldn't be surprised if the pharmaceutical industry is the main hidden force behind PRISM, rather than Elsevier and the rest.

Self publication and archiving is practically the norm in Physics and Mathematics.