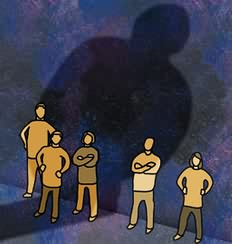 This isn't to do with science or the pharmaceutical industry. However it is directly related. It is about the way in which the powerful avoid illumination of their dealings.

Arsenal Football Club's newest shareholder, the Uzbek minerals billionaire Alisher Usmanov complained about a blog posting by Craig Murray. Usmanov ranks 278th on the listings of world billionaires at $2.6 billion. Murray is a former British ambassador to Uzbekistan. Over the past few hours Murray's ISP pulled the plug on his blog, also killing sites of several other customers (including MP and London mayoral candidate Boris Johnson). There appear to have been emails to Arsenal Football Club fan sites threatening libel action. Whoever suggested blogging was dull?

The Google-cache of Murray's blog is here. As it happens I thought it an irrational embarrassment, but such is the nature of ex ambassadors.

The very powerful and the very stupid have one thing in common.
Instead of altering their views to fit the facts, they alter the facts to fit their views...
Doctor Who

Email ThisBlogThis!Share to TwitterShare to FacebookShare to Pinterest
Labels: Bullying

Money talks again, this time in the form of shillings, erm sorry, I meant Schillings.
The links you provided made an interesting read; I particularly liked the comment on The Lone Voice blog from 'Roberto'.. "...Nobody can get that much money totally, 100% honestly, nobody".

Unhappily, true 'Freedom of Speech' is illusory. (Although there is some amusement (!) to be found philosophising the various concepts subsumed by that cliche).

(Oh and btw, you need to check the last link to "Uzbek billionaire silences bloggers" it's dead or glitched.....the site is still up and running though (http://ydkmwayne.blogspot.com/)......)