For background to allegations of research misconduct involving the drug Actonel see here , here and here. There were three elements to the problem:
This entry summarizes another of the many noteworthy excuses for refusal of access to data. 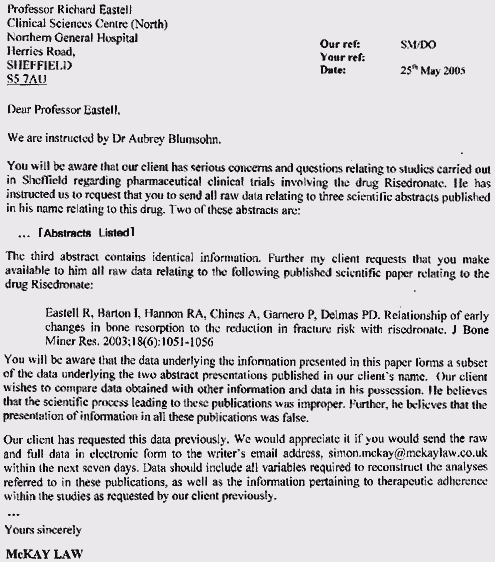 The reply received from Eastell's legal representative is below: It reiterated that he too had requested the data and had been refused. It justified the denial of data on the basis that "It belongs to the pharmaceutical companies". 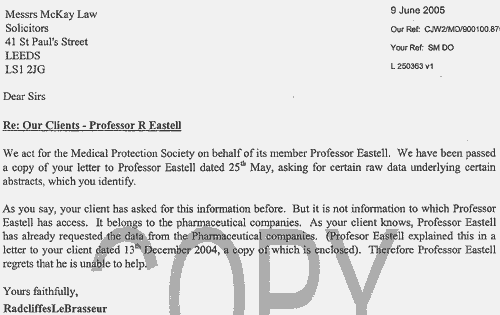 See original copies of letter and reply in Acrobat format.

There does seem to be a good deal of misunderstanding about honesty in authorship here. A GMC referral should be made.

Osteoporoses Training for you.
LOL