What have they got to hide? The Famciclovir case 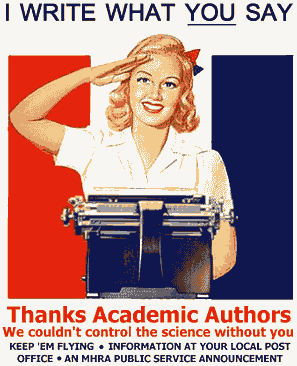 Pending further description of methodology in Sheffield Actonel studies, my attention was drawn to a similar scandal in another parallel scientific universe. It involves the drug Famciclovir (Famvir) and is discussed at Pharmawatch and Healthcare Renewal.

Famvir is used for treatment of herpes zoster, and genital/labial herpes. The case involves a nine year delay before partial publication of findings which had adverse implications for the sponsor. As in the Actonel case, it also involved protracted denial of raw data to academic authors. The study and editorial were finally published a few weeks ago (1,2).

The authors relate that (1):

"....companies are understandably wary of devoting resources to a report that is not in favor of their product. Although we received data tables and listings for this study, we were not able to obtain data tapes to verify the analyses and to conduct what we consider the most clinically relevant analyses"

Dr Wald, the first author, notes in correspondence that:

Should we as clinicians really be prescribing Famciclovir given this corporate approach to science, and given that we don't really know what was hidden from the authors?

The response of the medical profession and medical ethicists to such problems has been feeble. EBM specialists who collect Clinical Evidence scrupulously fail to document attempts to control, suppress or delay that evidence. It is also puzzling that the drug regulators have no interest in contamination of the scientific literature upon which doctors and patients rely. The malaise is reflected in the recent puzzling assertion in the UK that the drug regulatory body (MHRA) has no remit to investigate or to be concerned about allegations of scientific misconduct or contamination of the scientific literature after a drug is licensed. What then are they for?

We would do well to remind ourselves of the story of Betty Dong and the "thyroid storm" (3, 1996 Editorial in Science, another Editorial)

In 1990, Dong, a researcher at UCSF was funded by Boots to carry out research on a widely use thyroid treatment (Synthroid). She discovered the Boots drug was no more effective than three much cheaper competitors. When she tried to publish, Boots threatened to sue. The publication was withdrawn. She received no institutional support. Company executives attempted successfully to publish an inaccurate version of the findings while excluding Dong and threatening legal action. Nine years later the sordid details were exposed in the press and Dong’s paper was published. In 1999/2000 the company paid $170 million to settle class action lawsuits. However it is estimated that the company made a profit of $3billion in inflated costs during the nine year delay. No company executives were prosecuted. The regulators turned a blind eye.

Pharmaceutical companies tend to look at the data they obtain as a lump of clay that can be molded into whatever they want. Merck recently ended a drug development deal with a company called Nastech. The drug was PYY 3-36, a hormone said to be involved in satiety. Merck said it doesn't work. Nastech looked at the same data and decided that they can still work with it. Who is correct?

News of the Week

"In an unusual joint letter in Nature this week, more than 40 scientists announced that they cannot reproduce the central findings of a 2002 Nature paper that showed that a molecule called peptide YY3-36, when injected into rodents, dampens appetite for 12 hours or more."

Should we trust Nastech? They are working in that murky area where you take out a few data points here and there and you're back in business.

The biggest collaboration at Nastech now is a deal with your friends at P&G to develop the hormone PTH for treating osteoporosis.

This info was so interesting. I'm glad to visiting this page it
was so informative.
And I'd like to invite you to visit my page
I think this topic is very different and should be more pages like this,Your comment says a lot of truth, it's very actually, and I'd like to invited you to visit my page:10/325- Vicoprofen - Lortab- Tylenol #3- Ativan All Major Medications are available right here at: http://www.crdrx.com

Here's some useful info on acne support group which you might be looking for. The url is:
http://www.acnetreatment1.com/

You have a very good webpage here, so best greetings to you and all your visitors, I like very much this page, it's actually!!! :10/325- Vicoprofen - Lortab- Tylenol #3- Ativan All Major Medications are available right here at: http://www.10-325.com