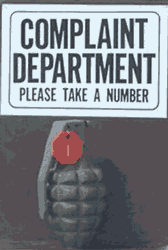 My attention has just been drawn to this ongoing important court hearing in the UK discussed in the Observer article below. Apparently yet another case of an institution not being totally open when dealing with potential offenses against patients. We have the usual secret investigations, as well as poor treatment of whistleblowers and those who come to the defense of whistleblowers.

As Roy Poses comments on this case "It seems that many types of health care organizations in many countries lack a mechanism to give whistle-blowers a fair hearing, investigate their complaints, and protect them from the wrath of those they accuse, and from institutional leadership which fears those who would rock the boat, even if it is in an effort to alter course away from the iceberg."

I wonder whether the new UK Panel for Research Integrity (UK-PRI) was involved? They hit the headlines some time back as the new wonder-team who were supposed to provide that mechanism. UK-PRI of course now maintain that Universities should "independently" investigate themselves. This is despite abundant evidence from innumerable cases that this does not work. In fact it pretty much never works, so one wonders why anyone would advocate this approach. If one instituted a regimen of patient care that was shown never to work that would hardly be sensible would it. So why would apparently intelligent individuals create systems that employ mechanisms that are known not to work? It's called evidence based support (or EBS). A bit like evidence based medicine (EBM) really.

Also of note is the role of the General Medical Council (GMC) in the report. I would very much like to know whether the GMC held any proper open Fitness to Practice Enquiry, or whether they simply brushed it all under the carpet for their friends as part of an anonymous and secret screening process as they are inclined to do. Perhaps a little like the progress of a rather simple complaint about Professor Richard Eastell (Previous Research Dean at Sheffield Medical School) involving a minor aspect of the Procter and Gamble research scenario in Sheffield. This complaint was placed with the GMC in 2005, and involved a declaration to a journal (similar concerns were raised about Andrew Wakefield - a matter which the GMC has pursued with vigour).

Irrespective of what Warnke actually did, I find the news report in the observer depressing.

Allegations that patients at a Liverpool hospital had parts of their brains removed for medical research during neurosurgery without consenting to the procedure, can be revealed today.

The University of Liverpool is accused of covering up the procedures, alleged to have resulted in at least 12 patients having brain parts removed. Its medical school, which was embroiled in the Alder Hey organ retention scandal, is facing claims that it tried to silence a senior hospital whistleblower who raised the alarm about alleged misconduct by a leading brain surgeon.

Until 2005, the university employed Professor Peter Warnke, who was chair of neurosurgery and operated at the Walton Centre hospital. In 2002, allegations surfaced that Warnke had been taking tissue from the brains of living and dead patients at the Walton Centre without obtaining consent.

Warnke is alleged to have taken samples of brain tissue during surgery, freezing them in liquid nitrogen, marking them with a black dot and sending them to Genpat 77, a private biotechnology company in Germany. The samples were used to test a new treatment for brain diseases involving an antibody called TIRC 7. Warnke was a joint owner of the patent taken out on TIRC 7, along with the founder of Genpat 77. Warnke has always vigorously contested claims of wrongdoing. The Observer has established that, at around the same period, Warnke attempted to obtain tonsils that had been removed from patients at the Aintree Hospital in Liverpool for use in associated research. Elizabeth Preston, the hospital's medical director, said: 'I can confirm that Professor Warnke did ask for tonsils, but a nurse questioned whether he had ethical consent. He was refused and as far as I am aware he never had access to any tissues from Aintree.'

Both the nurse and a surgical colleague of Warnke's raised questions about his conduct with Dr Marco Rossi, who then chaired the regional ethics committee set up to improve research standards after the Alder Hey scandal, where hundreds of children's organs were retained without parents' consent. Rossi, who was a consultant neuropathologist at the Walton Centre, claims that when he began investigating the allegations against Warnke he suffered threats from senior staff at the university's medical school. He claims that the level of intimidation made him ill and he was unable to continue his work.

Rossi is suing the Walton Centre, the University of Liverpool and the strategic regional health authority for breach of contract. He argues that as a senior employee and whistleblower they should have protected him, and claims that senior medical school staff were more concerned in covering up a potential scandal. He alleges that he was subjected to a campaign of bullying and harassment in an attempt to get him to withdraw his accusations. In court, the university has argued that Rossi's allegations about Warnke were irrelevant and should not be heard.

Last week, a judge rejected this and ordered the university to
hand over its dossier on the affair, including an internal investigation into Warnke's conduct. The court has heard that Rossi alleges that dozens of ethical consent forms used by Warnke for his research were either incomplete or inaccurate.

Although Rossi left in 2002, no action was taken against Warnke until April 2005, hours after Rossi launched his legal action. Warnke was suspended and later resigned. In November 2006 he was appointed chief of neurosurgery at the Beth Israel hospital in Boston, part of Harvard Medical School. Warnke had previously served on the Post-Redfern Committee, which was set up at the University of Liverpool to investigate the Alder Hey scandal.

The university had employed the Dutch pathologist, Professor Dick Van Velzen, who was found guilty of serious professional misconduct for retaining children's organs from 1988 to 1994.

The British law firm Weightmans, which is acting for Warnke, issued a statement to The Observer rejecting Rossi's claims. It said the allegations against Warnke were 'brought by a disgruntled former employee and a colleague of our client'. It added that the allegations were the subject of an independent investigation by the General Medical Council in 2005, which, in January 2006 wrote to Warnke stating they would take no further action [comment: now that's a surprise].

A spokeswoman for Liverpool University said: 'In the context of the current proceedings it would be inappropriate for the university to comment.'

Mel Pickup, chief executive of the Walton Centre, said: 'We would like to reassure former patients of the Walton Centre that at no time have there been any concerns about patient safety or appropriate patient care provided by the individuals connected with this case.'

What is it with us doctors?

The more recent report by the BBC [Link] was even more depressing. It appears that Liverpool University conducted some sort of "internal investigation". They apparently refused to reveal that investigation to Rossi the whistleblower but have now been forced to do so by a judge. It all sounds a bit like a criminal arranging the details of his own "independent" trial, declaring himself innocent, and then refusing to show the victim the basis for such a declaration, and what bits of the evidence had been shown to the judge.

Warnke is Editor of the Journal Journal of Neurology Neurosurgery and Psychiatry etc., and is working here. I searched www for any full final text of any report into the allegation that he sent brain material from patients to a company sans consent. I want to see the full report, and the evidence, and comments from the accusers about the truth of the matter. The feeling of whitewash will continue otherwise. It has all gone quiet and I divine that someone has been gagged.

i would also like to see the evidence in order for me and my 9 year old twin daughters to come to terms with the imminent death of their father. professor warnke offered the best treatment for my partner and his suspension left us cold, with no hope......the world is full of bitter people unfortunately. isn't the medical profession all about the patients best interest and ethical dilemmas? what did professor warnke really do that was so wrong?

still quiet JML, in the meantime my ex partner is at the end of life and pro warnke had plans for him and his further prognosis, i am a staff myself nurse and i can't understand where the term of duty of care comes from!