The Gillberg affair and the fall of a scientific journal (JAACAP) 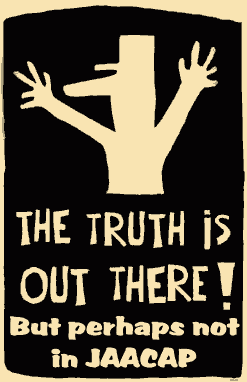 Professor Christopher Gillberg was Professor of child psychiatry at Gothenburg University, in Sweden. He is visiting Professor of psychiatry at the University of Strathclyde in Glasgow. He is involved in patient care at the National Centre for Young People with Epilepsy and is registered as a Child Psychiatrist in the UK as of 21 April 2004 (Medical Qualification Lakarexamen 1973 Goteborg, Specialist Register Child and Adolescent Psychiatry from 21 APR 2004, GMC number 6095760). Notably, this registration with the General Medical Council occurred after the events referred to below.

I have much to say about this affair, but I will concentrate only on the role of a medical journal, and my discussions with that journal.

For detailed discussion, original documents and references relating to this incident see here. Briefly, in 2002 Gillberg was accused of research misconduct in critical research involving a psychiatric concept known as "DAMP". This is part of the ADHD spectrum of diagnoses, and an area of medicine which is under intense scrutiny. Evidence to support the allegations of research misbehavior seem to be substantial (here). The authors refused to allow anyone to inspect their data properly. A court ordered that the data be made available to investigators. Before that could be enforced, though, the data was deliberately destroyed --100,000 pages, covering 16 years of research on children. The approach of Gothenburg University was subject to extensive criticism (as detailed here). Despite the destruction of data under such circumstances, the relevant publications purporting to represent those data have not yet been retracted. Such a situation is untenable.

The intention of this post is not to discuss Christopher Gillberg or the precise alleged misconduct. The mechanics of the affair are of considerable interest but are not directly pertinent here. However, the Gillberg affair raises a number of issues that are pertinent to this blogPerhaps the most critical implicated publication is the following:

Now this prestigious journal, the Journal of the American Academy of Child and Adolescent Psychiatry is already under considerable international fire over another paper which has not yet been retracted. In particular, in a widely discussed recent television broadcast the editor of JAACAP displayed no concern when presented with evidence that an important paper about GSK's antidepressant drug Paxil and the infamous study 329 published in JAACAP - a) might have reported "findings" that misrepresented the underlying data, b) that this should have been known to the writers, and c) that reviewers had been ignored. It is possible that this publication might have contributed to the death or injury of some children. For discussion of this JAACAP affair see here, here, here, here, here and here.

"I don’t have any regrets about publishing [the study] at all – it generated all sorts of useful discussion which is the purpose of a scholarly journal."

As previously discussed according to this logic, we should publish studies with as many flaws as possible so that we can “usefully discuss” them.

With that in mind, I reproduce my trail of correspondence with the Editors of JAACAP about this other Gillberg publication (Child Adolesc Psychiatry. 2000 Nov;39(11):1424-31) and the shocking dismissive response.

It is not clear to me that JAACAP should any longer be considered as a legitimate scientific journal.

I write further to some information that has been circulating about a 2000 publication in JAACAP about a putative psychiatric disorder in children (Rasmussen & Gillberg, 39: 1424-1431).

It is apparent that the raw data underlying this (and perhaps other) publications has been destroyed by the authoring scientists and their team. Refusal of a scientist to reveal raw data would normally provide prime facie evidence of scientific misconduct. Destruction of such data while questions were being asked about the veracity of the research would constitute a very serious breach of scientific norms.

I am therefore writing with two simple questions:

Policies regarding the retention of raw data are not under the purview of the Journal. These are typically set by the academic institution where the investigators work and/or by the funding agency (or regulatory body, in the case of medications, although that does not apply to this study).

At the same time Doug Keenan, a mathematician, received a similar "reply"

Thank you for your interest in the Journal and its policies.

JAACAP has a longstanding policy that unpublished instruments and manuals be made available by the author to interested readers (but we do not require that this be free of charge).

We do not have a policy on access to data, but if we should receive a request (e.g. for purposes of a meta-analysis), we would refer the requester to the corresponding author of the paper. We do not obligate the author to provide the data. If the Journal did, in the future, develop such a policy, it would apply only to papers published after the policy was established and to authors who were informed of the policy before submitting to JAACAP (by having it in the Instructions for Authors).

I replied as follows:

I am sorry but your reply appears to me to be wholly inadequate. This paper involves a putative psychiatric disorder in children.

You seem to be suggesting that the destruction of data, under conditions where that data is being questioned isn't (nor should be) of any concern to you as an editor of a Journal.

I wish to publish your response, but I thought I would give you the chance to further clarify your position on this.

Having received no further reply, I wrote again....

Thank you again for your illuminating response.

I have been reading your instructions for authors that would have pertained at the time this manuscript was submitted. http://edmgr.ovid.com/jaacap/accounts/ifauth-before-April1.htm

1) Firstly I note that you subscribe to ICMJE guidelines in terms of data. You therefore import into your guidelines for authors clear guidelines with regard to data.

2) I further note that the web address to ICMJE within your guidelines has an error (a space) which suggests perhaps it is has not been referred to recently.

3) Perhaps some aspects of editorial practice and good science are so obvious that they do not require explicit mention in guidelines.

4) I also note that you hold copyright on the publication. This must surely imply that you vouch for its contents.

Might I ask whether you have enquired of the institution concerned whether they have completed their analysis of these data to check the veracity of the reported findings. If not, this may be appropriate at this juncture.

Your response would be appreciated.

I have not received an acknowledgment of my last communication below.

Please therefore accept this communication as a formal letter of concern to you as Editor with regard to the veracity of the paper:

I must admit that I also have serious concerns about potential Editorial misconduct in this instance.

I believe JAACAP was also somehow involved in publishing disputed research involving Seoxat/Paxil, and I would have serious concerns about the plausibility of JAACAP given such repeated instances of apparent disconcern about scientific integrity.

The problem extends beyond questions of ADHD, child psychiatry, Gillberg or the JAACAP. By ignoring such problems, the integrity of all research involving human subjects is put into jeopardy. When journal editors behave in this manner, it raises questions about the entire research enterprise in medicine.

Such behavior on the part of a journal editor is also unfair to the many authors who have published respectable and legitimate science within their pages. It means that all manuscripts published in JAACAP should be viewed with suspicion. It is also unfair to the many psychiatrists and psychologists who are involved in honest clinical practice, and whose profession has been brought into disrepute.

What exactly is the function of a scientific journal beyond serving as a laundering operation?

An important post. We are confronted by a tsumani of problems - I only wish there were more scientist willing to ask these questions. I have sent a message to Dr Willoughby.

This is pseudoscience that cannot be scrutinized or verified. The paper(s) must be retracted.

In Sweden, where medical science has an extremely high status, most people believe Gillberg and his associates statement that they could not let outsiders see the data (e.g. a sociologist who demanded access to the material) because of the promise they had given the patients not to disclose sensitive private information. One wonders what would have happened had some journal demanded access to the data before they were destroyed.