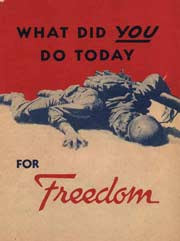 On 7 November 1988 Lawyer for victims of C.I.A LSD experiments wrote in the NY times about the out of court settlement with 9 Canadians who sued the US over experiments done by Dr. Ewen Cameron. The article was titled "The C.I.A. and the Evil Doctor". Cameron was a psychiatrist with McGill University. Experiments were carried with secret funding from the C.I.A without participant consent. The work involved LSD administration, sleep deprivation and so called psychic driving. These 9 patients formed only a tiny part of Cameron's research.

"...(H)e induced severe regression in the patients using combinations of extremely intensive electric shock, barbiturate- induced sleep for up to 60 days at a stretch, sensory deprivation, and hallucinogenic drugs. These techniques left patients dazed, confused, incontinent and often in a state of utter panic."

Many colleagues knew about this research for years and said nothing at all. Some of the research was discussed openly and published in the psychiatric literature.

"The effect of this procedure (psychic driving) has been studied under various conditions, among them drug disinhibition, ordinary and prolonged sleep treatment, hypnosis under stimulant drugs and after prolonged psychological isolation."

This paper states: "This work was carried out with the assistance of a grant from the Society for the Investigation of Human Ecology."

Just as some depression "support" groups are a front for GlaxoSmithKline and other pharmaceutical companies, "The Society for the Investigation of Human Ecology" was a front for the C.I.A.

"Dr. Cameron had the support of many psychiatrists and psychiatric residents, whom he trained or worked with, and not one had the guts or integrity to speak out or criticize his brainwashing methods. The Canadian Psychiatric Association and American Psychiatric Association are also culpable for refusing to denounce Dr. Cameron or his experiments. It is not only Dr. Cameron, the C.I.A. and the Canadian Government that should be on trial in these experiments, but psychiatry itself." [Link]

Here is a selection of quotes about collaborators, bystanders and the shame of all those who say nothing. There are many in medicine who remain silent while professing virtue:

Science may have found a cure for most evils; but it has found no remedy for the worst of them all - the apathy of human beings.
Helen Keller

Truth is not only violated by falsehood; it may be equally outraged by silence.
Henri Frederic Amiel

To assist Enron all they had to do is to do nothing, and they did nothing very well

He who passively accepts evil is as much involved in it as he who helps to perpetuate it.
Martin Luther King, Jr

Our lives begin to end the day we become silent about things that matter.
Martin Luther King, Jr.

What luck for the rulers that men do not think.
Adolph Hitler

And the multitude was silent, not a voice, not a sound was heard upon the hillsides, across the valleys where they stood.
Richard Bach, Illusions

To sin by silence when they should protest makes cowards of men.
Abraham Lincoln

There is no shame in not knowing; the shame lies in not finding out.
Russian proverb

A society of sheep must in time beget a government of wolves.
Juvenal

The average age of the world's greatest civilizations has been two hundred years. These nations have progressed through this sequence: From bondage to spiritual faith; from spiritual faith to great courage; from courage to liberty; from liberty to abundance; from abundance to selfishness; from selfishness to complacency; from complacency to apathy; from apathy to dependence and back into bondage.
Fraser Tyler

You may never know what results come from your action. But if you do nothing, there will be no results.
Gandhi

You can read more about Dr. Ewen Cameron's CIA-funded experiments and all the MKULTRA subprojects in the MKULTRA Briefing Book, which was prepared by the CIA in 1976. The CIA Inspector General wrote in 1958 of MKULTRA: "Precautions must be taken not only to protect operations from exposure to enemy forces but also to conceal these activities from the American public in general. The knowledge that the agency is engaging in unethical and illicit activities would have serious repercussions in political and diplomatic circles."