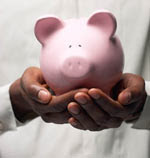 Although not about medical scientific misconduct, this is directly related.

The General Medical Council (GMC) is one of several bodies in the UK charged with regulating aspects of integrity in clinical medical research. It also registers and regulates other activities of doctors. The functioning of the GMC is therefore of considerable public interest.

Also of interest is the approach of the GMC to their requirement that doctors should be truthful.

In response to a request, the GMC recently confirmed that it spent £175,000 (approximately $350,000) on external legal fees pursuing one medical student/junior doctor, Dr Sushant Varma of Sheffield (my home city).

I write further to your request made in accordance with the Freedom of Information Act 2000, as set out in your email below.

I can confirm that this case has cost the GMC £175,000. I should add that this does not include the time spent by GMC staff on case administration. We are unable to quantify this as we do not record the amount of time staff spend on individual cases.

If you have any concerns regarding the handling of this request please address these to:

Given the convoluted machinations of the GMC in this case, it's internal expenses are likely to have been a further £175,000, and considerable expenses were incurred by the Medical and Dental Defence Union of Scotland (who provided some legal support for Varma). Given the number of registered doctors in the UK (~100,000) this single case will have cost each doctor around £5.00. Meanwhile, doctors have noted the recent hike in GMC fees (from £290/year to £390). The GMC states this is "not related to revalidation reform", but rather to other "accumulated expenses" such as those incurred in this case.

Varma is a colorful character, and has certainly told some trivial lies. For example he lied on his CV about an appearance on a television show (Blind Date). He has freely admitted to those lies. He may have told a more serious lie, but the evidence for that is far from clear. The GMC apparently declined to examine relevant evidence. Varma was erased from the medical register and his career was destroyed.

Of broader importance are the precedents raised by this case, and the consistency of GMC action: To paraphrase Frank Zappa, the GMC is a body of rules, badly written and randomly enforced. What happened to Dr Varma merits some examination, as do the motives that might have led the GMC to spend such a considerable amount of our money on this one relatively trivial case.