LSD and the corruption of medicine (Part III): Naming names 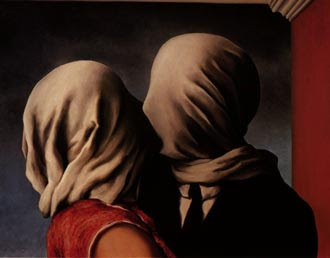 This is the third in a series marking the death of Albert Hofmann, inventor of LSD. Over two decades starting in 1953 a CIA project named MK-ULTRA controlled a U.S. academic chemical interrogation research program.
For Part I see Part I: Invention and the beginnings of MK-ULTRA
For Part II see Part II: The entanglement of academia

The importance of names

Names matter and faces matter. Naming is part of the way in which we quality control any properly functioning system.

I have wondered how many executives of Eli Lilly, Schering Plough, Merck and GSK, or academics such as Martin Keller have stopped to consider what their children might think of them in years to come. Such individuals should expect to have to answer questions. They should not expect anonymity, particularly when people die or are injured as a result of their actions. They should expect to be judged by their children, communities, shareholders and religious organizations.

MK-ULTRA research was carried out with the quiet acquiescence of official medical bodies and with the active collusion of many individual academics. Many individuals were awarded high honours, and no physicians were ever punished. Despite attempts to destroy MK-ULTRA records[1-3], much documentary evidence is available and the names of many of the involved academics, universities and hospitals are now known. On my way through MK-ULTRA documents I noted many names. A majority were doctors. Most are no longer alive. Some were, to quote Lenin, simply MK-ULTRA's "useful idiots". For others, there is little doubt that the world would have been a far better place without them.

Here are some names of individuals and organizations: 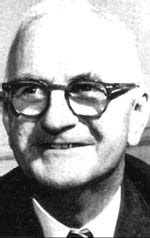 In the 1950's and '60's, Cameron experimented on his patients under the auspices of the CIA and MK-ULTRA. "Patients of Dr. Cameron were subjected to a regimen that included heavy doses of LSD and barbiturates, the application of powerful electric shocks two or three times a day, and prolonged periods of drug-induced sleep." These were not primarily therapeutic interventions, nor were they intended to be. They were experiments. Cameron's assistant, Leonard Rubenstein, was paid from CIA funds[5]. According to Government records, "the patients and their relatives were not told they were taking part in an experiment." The research and the CIA involvement was admitted, and some 20 years later. In 1998 $750,000 was paid to nine Canadians in 1988 by the U.S. government[17,18]. Other cases were settled out of court.

The attorney, who represented the nine Canadians described the experiments in a 1988 Op-Ed entitled The C.I.A and the Evil Doctor[19]. He explained that "The research project tested the theory that a person could have some of the contents of his mind obliterated and replaced by ideas of the researcher's choosing". He noted that Cameron had abused patients on behalf of the CIA leaving them "dazed, confused, incontinent and often in a state of utter panic." And yet Cameron's "work" for the C.I.A on countless non-consenting patients over 20 years was well known to his peers, and some of it had been published. "Nevertheless, until he left McGill, no one publicly criticized Dr. Cameron's theories, his methods, or the ethics of risking permanent organic damage without patients' consent".

In one of his papers[20], Cameron described his treatment of patients in one of his procedures ("psychic driving") carried out on behalf of the C.I.A: "The effect of this procedure has been studied under various conditions, among them drug disinhibition, ordinary and prolonged sleep treatment, hypnosis under stimulant drugs and after prolonged psychological isolation."

Another of his papers on psychic driving[21] acknowledged the assistance of a grant from The Society for the Investigation of Human Ecology - a front organization for the CIA.

McGill has never publicly criticized the fact that his actions and "treatments" had been carried out to advance C.I.A research into torture in unwitting un-consented individuals. His studies were often carried out on patients with minor originating problems such as postpartum depression. Even today, the description of Cameron in the archives of McGill fails to mention what is now known about his activities there[22].

"His world-wide success in his profession was, of course, due principally to his great knowledge and brilliance. But surely a great factor also was the softness — one is tempted to say loveliness — of his personality. Those who were privileged to know him, even briefly, will not soon forget the warmth and the kindliness of this understanding man"

Names compiled by Dr Aubrey Blumsohn, Sheffield 2008
For Part I see Part I: Invention and the beginnings of MK-ULTRA
For Part II see Part II: The entanglement of academia

Email ThisBlogThis!Share to TwitterShare to FacebookShare to Pinterest
Labels: LSD and the corruption of academia

"..."The research project tested the theory that a person could have some of the contents of his mind obliterated and replaced by ideas of the researcher's choosing"..."

I think that's probably all I needed to know. Now I know that this is a legitimate rule of the game, everything becomes a great deal easier.