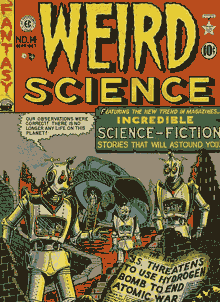 The Office for research integrity has just published a survey in Nature.

The survey suggests that most research misconduct in the United States is unreported to the ORI. Furthermore, fraud is not rare.

The US National Academy of Sciences has asserted that scientists share an 'obligation to act' when suspected research misconduct is observed. However the reported number of investigations submitted to ORI has remained low: on average 24 institutional investigation reports per year.

"These numbers indicate a sizeable disconnect between what universities are seeing and the 24 investigations evaluated by the ORI annually."

There is a leadership problem, whitewashing, bullying, and sham investigation.

The leaders of institutions may also have concerns about handling research misconduct. Because public image is important to institutions, some may try to minimize reporting and keep unfavourable information from reaching the ORI and the press. An institution may choose to ignore conducting an investigation and instead they may simply dismiss an accused person or even a whistleblower in the hope that the problem will go away without needing further examination. Additionally, institutional leaders may wish to ignore or minimize allegations of possible research misconduct to protect the revenue that the researcher generates; some may avoid investigations because they are costly in terms of time and money.

"Our study calls into question the effectiveness of self-regulation. We hope it will lead individuals and institutions to evaluate their commitment to research integrity."

There are some problems here. Much serious fraud takes place at the commercial-academic interface with the acquiescence of government. The ORI has no role here. Furthermore, carefully evolved re-definitions of fraud have made it difficult to deal with the most serious instances of fraud. The ORI fails to comment on most cases of fraud which arise.

So much for leadership, role models and the rest.

Despite the appropriate conclusions, the study adds nothing beyond the long trail of other ignored studies which have reported the same. This is a never-ending loop of many roads leading from nowhere to nothing. It's all a heady mix of righteous indignation, hand sitting and some occasional wrist slapping.

So let's say it again:
It reminds me of the very old story of the Officer and the Thug

A CHIEF OF POLICE who had seen an Officer beating a Thug was very indignant, and said he must not do so any more on pain of dismissal.
"Don't be too hard on me," said the Officer, smiling; "I was beating him with a stuffed club."
"Nevertheless," persisted the Chief of Police, "it was a liberty that must have been very disagreeable, though it may not have hurt. Please do not repeat it."
"But," said the Officer, still smiling, "it was a stuffed Thug."
In attempting to express his gratification the Chief of Police thrust out his right hand with such violence that his skin was ruptured at the armpit and a stream of sawdust poured from the wound.

He was a stuffed Chief of Police.

Email ThisBlogThis!Share to TwitterShare to FacebookShare to Pinterest
Labels: Definition of scientific misconduct

The ORI's teeth were extracted around 1985. Since then they have been relegated to blubbings of the type reported in Nature this week.

The ORI has even refused to act on a complaint that was forwarded to it by the editors of a MAJOR publishing group, who told the whistleblower involved that "the institution's handling of the investigation was disgusting." The matter was nevertheless closed by ORI and the whistleblower was ultimately silenced (eg, bought off) by the institution through a legal settlement. Aside from the usual non-disparagement clauses, the settlement agreement also required the complainant to forfeit all documents related to the research misconduct allegations, as well as the right to put in future public records act requests for the respondent's research data, grant applications, or other incriminating documents. This is how scientific misconduct investigations are handled in the REAL world.