Can we bank on trust? 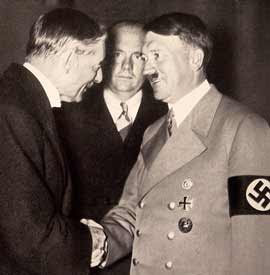 In a feature today "Can We Bank on Objectivity" Patti Tereskerz looks at the rules proposed by the National Institutes of Health for dealing with financial conflicts of interest in biomedical research.

While agreeing with the article in large part, it starts from a somewhat misguided position. Take a read and see what you think.

It begins:
"Trust is the crown jewel of the research enterprise. Financial arrangements related to research that call into question the integrity of investigators or research institutions are damaging, not only because they may potentially harm research participants, but because they are associated with the appearance of impropriety. Either way, trust is compromised."

This misunderstands the nature of science. Science is, at its core, based not trust, but on it's very opposite - scepticism. Obviously, some researchers are trustworthy, whilst others are liars. But trust is about predictability - even criminals trust one another to some extent. Companies trust Key Opinion Leaders. Our perception of "what science is" limits the range of solutions we see. It also determines which problems we choose to ignore.

It is absolutely relevant - the idea that trust (or lack of trust) is the only (or main) thing that underpins the problems of medicine,

has led to the erroneous idea held by some that the only (or predominant) solution to those problems involves dealing with conflicts of interest (important as they are) while there is no meaningful scientific discussion of outright fraud and deception.

Grossly deceptive (? fraudulent) manuscripts by some have not been retracted from the scientific literature (and are barely discussed).

I'm not sure of your point -
I thought this is about science and its ingredients - or am I mistaken?

Aubrey, you have a good point - I am quite horrified of the extent of this, but not really surprised. So I share your concern that these are still out there. But the study discussed in the article clearly shows how funding is related to misconduct - and clearly the misconduct caused by COI is in such a degree that solving it would make a big difference. I think moving the focus onto scientific ideals is a bit unapt - especially since the "trust" in the context also relates to how people might have been physically compromised by corrupted research.

And anonymous - most ingredients in waffels is the most important one.

This is a straw man argument. Trust and skepticism are not mutually exclusive. In fact, both are needed.

Skepticism isn’t worth much if you can’t trust the answers you get to probing questions.

Trust is naïve unless you probe skeptically.

Am I reading that quoted para, aright? Does it say "you may not question what is told you by researchers/research institutions, because this makes those parties look bad"?

I'm sorry if I'm paraphrasing others' comments, but surely, if one questions something that appears incongruous, and there is either a reasonable explanation, or else one may have spotted something that others haven't and thus further the enterprise, then surely that improves the level of trust? Conversely, if one questions, and one is stonewalled... What should one think? It is in the latter case that parties are brought into disrepute, and it has nothing whatever to do with the questioning, but rather the lack of an answer.

We are then left to speculate whether the parties concerned are not engaged in the activity that they claim to be engaged in. One doesn't have to look at too many case studies to understand that this is exactly what is happening, all too often.

Lack of transparency is the cause of the perceived problem, howsoever it is defended by a secretive industry, and not the nature of the enquiries made by concerned observers.

Conflicts of interests are not judged subjectively. They either exist, or they do not.

Essentially, this gifting, and the intent of gifting, is to affect the reliability of the receiver to benefit the gifter.

As such, the receiver is now conflicted, compromised, and their best judgement is now clouded.

Falsifying clinical research that is entirely premeditated by the criminals, as well as witholding if not destroying negative data that may reflect their product is not in fact a panacea screams conflicts of interests.

Why does this progressively occur, this bastardization of the scientific method?

Guidelines, if they exist, are intentionally ignored, as the manipulators have bought an atmosphere of profitable autonomy.

The revolving door between say congress and the DOJ with huge law firms that represent criminals and wrongdoers shouts tacitly “we are the postor children for conflicts of interest”.

There has been a marriage made in hell. As a result, the health of others is not restored or harmed. And no one stops this atrophy from occuring- this toxic and anaphylactic death that is occuring to us.,

What you say is completely true and very well put, but I'm not sure it refutes the basic point of the original article which, I think, could be paraphrased as saying:

Some forms of privately-sponsored research can sometimes encourage researchers to be less mistrustful of theories than they ought to be, which can lead insufficiently mistrustful policy-makers to make bad decisions.

Of course it would be better if no scientist allowed his/her research to be influenced by financial gain and all policy-makers were sufficiently mistrusftul, but until we reach that perfect world it seems reasonable to consider changing the funding system to make those problems less likely to arise.