Safe medicine, whistleblowing and the Monogomphe 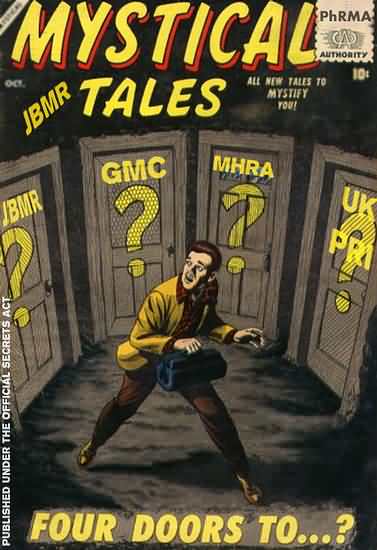 For anyone interested in integrity in science and medicine, one question looms large. "Where and how can an individual patient or professional ask questions about integrity and public safety?". In the answer to that question lies the most important indicator of good government and of safe medicine.

There are some who are only interested in the appearance of integrity.

Evidence from innumerable cases shows that question-askers are bounced from implausible pillar to post. In my case these pillars included the usual suspects - the General Medical Council (GMC), the discredited Medicines and Healthcare Products Regulatory Authority (MHRA, see here and here), a so called "scientific" Journal (JBMR, See here and here) and sadly also the brand new shiny but toothless UK Panel for Research "Integrity" (at least during our short but vacuous acquaintance). Question askers encounter interminable delay, obfuscation and outright deception. They see their concerns redrafted by others into entirely different ones which are more easily managed. They see their concerns bounced back to organizations who attempted to obscure them in the first place. Everything is shrouded in secrecy. There are legal threats and intimations of bodily harm that question askers may encounter. All this happens with a delay of several years during which time the questioner decides to give up, die or commit suicide.

The basis for these problems lies in the increasingly special relationship between the pharmaceutical industry, a network of powerful colleagues, the government and these very organisations which purport to deal with matters of "integrity" and "professionalism". When those who regulate, those who are regulated and those who scrutinize the regulators become one and the same, alarm bells should be ringing.

Speaking of teeth and of suicide, the story is told of the French academic who found himself facing those four doors. He decided to commit suicide. However he decided first to compose his own epitaph (Ref 1).

The first line was a very fine one-terminated with the word triomphe. To this, after a long search he could find no rhyme, but he could not bring himself to sacrifice his beloved line. Time passed, finding him still in search of his rhyme. He was assisted by a number of friends, but all was in vain. One day he succeeded. The rhyme so zealously sought has been discovered, and the completed epitaph is here as revealed by C.C. Bombaugh (Ref 1):-

Monogomphe; a brilliant Hellenism signifying "who has but a single tooth".

The problem is that these monogomphe "integrity" bodies use their single gomphe to chomp away at achieving the very opposite of their stated purpose. They have continued to do this even after the inquiries into their malfunction such as Shipman inquiry, the
Bristol Heart Scandal inquiry, and the House of Commons Select Committee Report into the malfunction of the MHRA. In fact these very inquiries appear to have bolstered their antisocial and anti-scientific behaviour. Witness for example the repeated attempts by the GMC to bully a doctor who has raised concerns or the wholly inappropriate political use of the GMC to discredit Andrew Wakefield. Indeed, the GMC has been bullying one question-asker (Dr Rita Pal) repeatedly, using those very powers granted to it following the inquiries into the deaths caused by the rogue Dr Harold Shipman. The GMC certainly gives the impression that it regards repeated bullying and selective ignoring of problems as is its main role. What a chilling effect on anyone else wanting to ask difficult questions. But chilling appears to be the intent.

Sometimes the plan is to twist the nature of language itself. Any responses or correspondence can be redrafted into something which has the mere appearance of English. I have for example been trying to ascertain the meaning Procter and Gamble ascribe to the words "access", "data", "independent", "confidential" and "sufficient" without any great success. Linguistic trickery to obscure problems is a technique with which the MHRA and GMC will be fully aware.

To get a rhyme in English for the word month was quite a matter of interest with curious people years ago (Ref 1), and somebody made it out (or forced it) by making a quatrain, in which a tooth-challenged little girl is described as saying:-

In the meantime, detailed analysis of the operation of malfunctioning systems is required. Even constructive ridicule may improve public safety. Deconstruction and comparison is also useful exercise. When people behave in one direction when encountering one problem, and in the opposite direction when encountering a very similar problem, questions have to be asked. A brief scientific study of the GMC and MHRA suggests that critical concerns about highly placed individuals and corporations are routinely obscured by a network of powerful colleagues, while punishment is reserved for (generally "overseas") doctors who have supposedly bumped and shouted at a drug representative. The silence within my profession as a whole is worrying, and does not point to the highest of standards.

The next Harold Shipman is on our doorstep.

It is called the MHRA (the FDA for those across the pond).